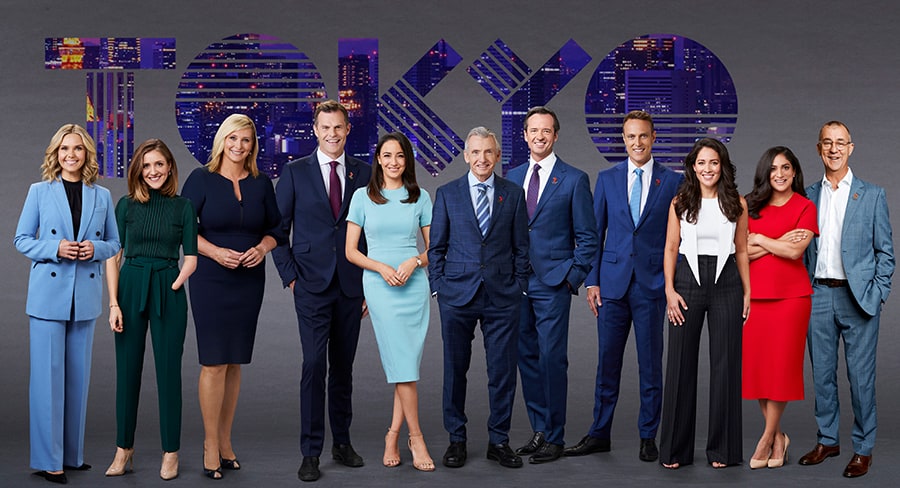 The much-awaited Tokyo Olympics has finally arrived, and boy has it started off with a bang! The Opening Ceremony brought audiences so big that the televised event was up a whopping 38% compared to 2016’s Rio Olympics. Across the first week, the average full-day broadcast audience was up 59% in the capital cities and up 50% nationally. With a total audience of 3.69 million viewers nationally, including time-shift and BVOD audiences, the Opening Ceremony is now the most-watched program of 2021 TV ratings.

The first day of competition in the Olympic Games Tokyo 2020 saw the Seven Network’s 7plus platform claim a gold medal of its own: the record for the biggest day of live streaming in Australian television history. An extraordinary 238.7 million minutes were streamed on 7plus Saturday, shattering the previous record of 86 million for the State of Origin rugby league match on July 14 this year.

One of the biggest highlights for Australia so far was the amazing swim by Ariarne Titmus who dominated the 200m and 400m freestyle, beating out American Katie Ledecky for the gold medal. Not only was it a spectacular swim, but a spectacular celebration from coach Dean Boxall, which not only made my day, but made my lockdown a little more tolerable too.

The Olympics continues to be a booster for Network Seven. Last week (Week 31 in TV ratings) the network recorded their highest shares for the year and also highest shares for any network for 2021. Since the Opening Ceremony on Friday July 23, Seven’s coverage of Tokyo 2020 has reached 16.6 million people on television.

For the first time, Virtual Australia (VOZ) data shows that from the Opening Ceremony to July 27, 18.3 million Australians watched Seven’s Tokyo 2020 coverage on television and 7plus, with 26% of viewers engaging with 7plus for some of their Olympic viewing. The data also highlights that Seven’s coverage is popular with younger viewers, with 49% of people aged 18 to 39 tuning in on Channel 7 and 7mate, and 24% of 18 to 39s also watching via 7plus.

A number of factors have been responsible for driving the success of the Olympics for Network 7. Firstly, the anticipation surrounding the Olympics due to its cancellation last year added to the hype, not only for the athletes but for fans too. That anticipation coupled with the multiple lockdowns around Australia means that more people are staying home and watching TV! Finally, the fact that Australia is doing so bloody well has lifted spirits and encouraged fellow Aussies to get behind the athletes.

If you are like me; stuck at home and perpetually bored, switch on the telly and cheer on our athletes for the remaining week of the 2020 Tokyo Olympics.