What’s the deal with NFTs? 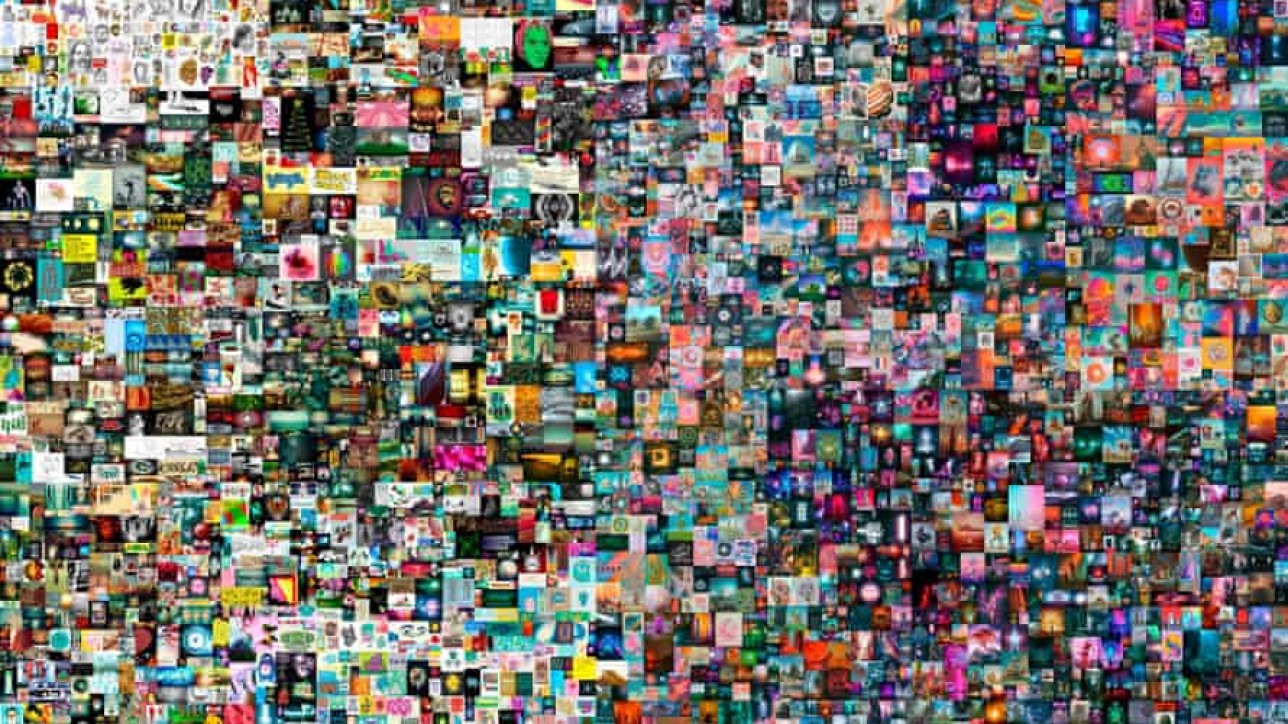 If you’re like me, you may have been reading about the latest blockchain based selling craze, known as NFTs (Non-fungible Tokens), and wondering what the…?

After some further reading, and an almost purchase in the form of ‘research’, I can hopefully shine some light on what they are.

For those playing at home, blockchain is a system of recording information, that makes it difficult or impossible to change, duplicate or hack. This is the piece of technology that underpins the cryptocurrency (i.e. Bitcoin, Ethereum). This approach has been adapted and is now paving the way for these digital “collectibles” to be sold and traded.

As with crypto-currency, a record of who owns what is stored on a shared ledger known as the blockchain. The records cannot be forged because the ledger is maintained by thousands of computers around the world.

In theory, anybody can tokenise their work to sell it as an NFT, but interest has soared driven by headlines of multi-million-dollar sales. One of the many articles I encountered whilst researching this phenomenon, told of art sold by digital artist Beeple for over $69m in a sale at Christie’s, and another of musician Grimes selling her digital art for $6m. It’s not just art that is being tokenised and sold. Twitter’s founder Jack Dorsey promoted an NFT of the first-ever tweet, with bids hitting $2.5m.

Due to the increased interest, we’ve seen search queries for ‘NFT’ jump up above ‘Cryptocurrency’ in the past month alone, which led me to writing this article. 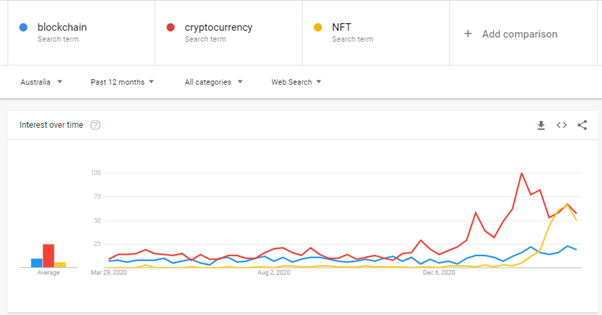 Brands have been quick to jump on the trend. The NBA (via Topshot) and Nike (through CryptoKicks) have started to dabble in this space, it will be interesting to see how this plays out further.

The jury is still out on the viability of NFTs as a long term investment. The primary concern, as I see it, is the nature of the ownership of the underlying asset. In most cases, you can still download a copy of the piece of artwork or the song, and more often than not, the creator still owns the copyright and reproduction rights. With this being the case, we have to question the underlying value that sits behind the NFT – is this just the next wave of trading cards and if so, will the bubble burst? There is also significant concern and chatter about the amount of energy required to generate and keep the records, meaning a significant carbon footprint – as this opinion piece on Mashable highlights.

If you want to read more about this fad, I mean phenomenon… there is a great article over on The Verge.