Facebook has launched their experimental app BARS. Despite the focus on music, BARS is being seen as an attempt by Facebooks NPE (New Product Experimentation) team to develop a TikTok competitor. The app is perfect for aspiring rappers, giving them the opportunity to create and share their raps using professionally created tracks. BARS has some great features including a function that automatically suggests rhymes as users are writing out lyrics.

As explained by NPE:

“Audio production tools can be complicated, expensive and difficult to use. With BARS, you can select one of our professionally-created beats, write lyrics and record yourself dropping bars. BARS auto-suggests rhymes as you’re writing to keep your flow going. You can also jump into Challenge mode and freestyle with auto-suggested word cues. Choose from a variety of audio and visual filters to take your creations to the next level.”

The app is seeded with content from NPE Team members, which includes other aspiring rappers, former music producers and publishers.

So far the app is only available on IOS in the US and is opening up a waitlist (Clubhouse style), updates and news about invites will be announced on Instagram. 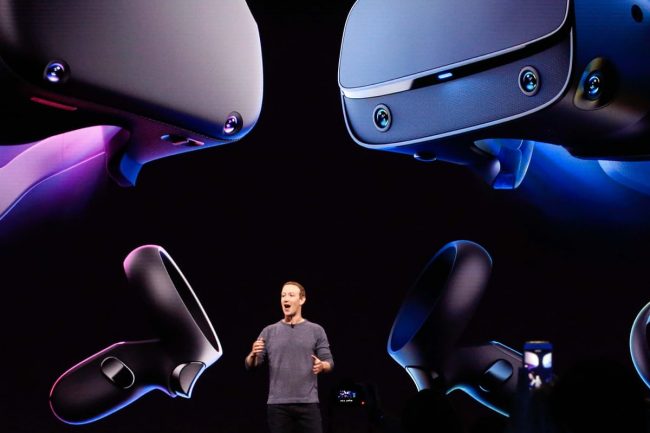 Teleportation you say? Don’t worry, Facebook has you covered!

Between Elon Musk & Mark Zuckerberg, there isn’t much that these two won’t sink their teeth into – and Zuckerberg has just upped the ante with his latest project…teleportation! This is something that has been in the works for a while, since Facebook bought the virtual reality company Oculus way back in 2014. They now plan to take this to the next level with a 10 year plan to create “a contextually aware, AI-powered interface for augmented reality (AR) glasses that can use the information you choose to share, to infer what you want to do, when you want to do it”. It’s a big call, but if anyone has the brains (and wallet) to do it, it’s Facebook!

Aussies and their social media – a match made in heaven.

Aussies are spending more time on social media than ever before and this is a trend that’s showing no sign of slowing down. The average Aussie now spends 1 hour 46 minutes per day on social media, accounting for roughly one-third of the time spent online, making it the second most popular media activity for Australians after watching television. While usage is on the up, people are also finding different reasons to go to social media, with more than 1 in 3 users turning to social media to gather information about brands they were considering. This provides a huge opportunity for brands to connect with users in their own environments. This being said though, with great opportunity comes great risk, so tread carefully!

LinkedIn has added some great new tools for companies. The three big updates include a company tab, products pages and stories. The company tab is designed as a single place to reach every employee and build advocacy in the company. The tab will include ‘recommended’ and ‘content suggestions’ that facilitate the direct sharing of content within a business. LinkedIn notes that employees are 60% more likely to engage with posts from co-workers than regular members and 14x more likely to share their organization’s Page content versus that of another brand. So keep your eyes peeled and get your company using the new feature.

Written by Luke Creeley & Will Mitchell.