It is no secret that media companies have struggled with falling advertising revenues, as a result of marketers and brands shifting spend to Google and Facebook.

The recently released draft Code of Conduct by the ACCC, created to govern how tech platforms pay news outlets for their content, has been welcomed by media owners in a series of statements to press.

The draft code allows media organisations to bargain (individually or collectively) with Google and Facebook, in order to be paid for news the tech giants publish on their services. In addition to the sharing of revenue, the code also imposes a set of obligations on the tech giants, including the sharing of data and providing advance notice of changes to the ranking and presentation of news. Tech companies that breach the code could face millions of dollars in fines.

In an article on AdNews, News Corp Executive Chairman Michael Miller described the code as a ‘watershed moment’, stating “The tech platforms’ days of free-riding on other peoples’ content are ending.”

“Given the difficult conditions that local media are currently trading in, it’s vital that broadcasters can negotiate fairer partnerships with Google and Facebook… and we’d like to see those in place by the end of the year.”

Whilst media owners are welcoming the move, Google are quoted in AdNews as being deeply disappointed. With Mel Silva, Managing Director at Google Australia and New Zealand, describing the government’s intervention as heavy handed. She says “It sends a concerning message to businesses and investors that the Australian Government will intervene instead of letting the market work, and undermines Australia’s ambition to become a leading digital economy by 2030.”

Due to the symbiotic nature of the ecosystem it is going to be very interesting to watch this play out. For years now, media owners have relied on tech platforms to drive users to their content, which they have been able to monetise at a premium. However, since a migration to a programmatic world, the margins have been diminished and the revenue that supports the creation of quality content needs to be found.

With this being the case, we believe it is only fair to find a middle ground that is a win for all parties to:

A consultation period will run until August 28th. 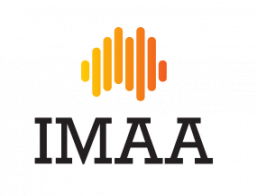